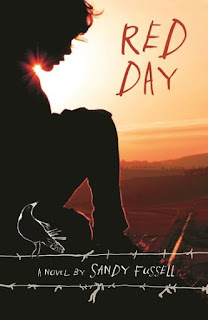 Charlie lives in Cowra. Her High School link up with a school in Japan and they regularly host exchange students. Cowra has historic links with Japan because over 1000 prisoners of war were held there during World War II. In 1944 the prisoners staged a breakout. Over 200 prisoners died.  Today you can visit the Japanese war cemetery and the Japanese Garden.  Charlie is very familiar with these historic sites.  Charlie is not happy that her mother has agreed to host Kenichi, a Japanese exchange student. Charlie is a sensitive girl - she sees the world and people in colours. This is a condition called synaesthesia.

She has no intention of becoming friends with Ken but she begins to have day time flash backs which link to the breakout. Her family are also connected. The museum has a photo of a young man who sheltered at her grandparents farm. At first it seems Ken has no connection to this photo but he is oddly very curious about everything to do with Cowra and gradually the surprising links between this photo and his family are revealed.

If an author wants to tell a story from history they need to find a way to turn facts into a narrative. The whole story can be set during the actual historic event as was the case with a book I talked about recently - Pirate Boy of Sydney Town by Jackie French. Another technique is to take a character back in time often via a portal. A third device is via dreams or visions of the past and that is the device employed by Sandy Fussell in her story about the Cowra breakout. The setting is modern day Australia, but as these High School kids delve into the mystery of the man in the photo we are also given little insights into the actual night of the breakout.

This book will be published in March 2020. Thanks to Beachside Bookshop for my Advanced Reader copy. Read more at Walker Books.

I've been thinking about the audience for this book. When I talked with a fellow children's literature enthusiast she asked "Why would kids want to read about the Cowra breakout?" I have pondered this important question over the last few days. I think the answer is yes. Sandy Fussell says she had a personal fascination with this event in Australian history and this led to spending quite a lot of time exploring historic sites Cowra. Young readers might not be able to do this but I think reading Red Day might mean some readers will then want to discover more about the events of 5th August, 1944. It was the largest prison break during World War II.

I remember when I read A Blinding Light by Julie Lawson. I had absolutely no idea about the terrible destruction in Halifax Harbor during World War I.  Red Day made me curious about Cowra and this part of Australian history. I think readers aged 10+ who enjoy mysteries, books about friendship and readers who are curious about history will enjoy this book. I found myself racing through the 237 pages keen to solve the mystery alongside Charlie and Ken.

Here is an interview with Sandy from 2011 where she talks about writing Historical fiction. 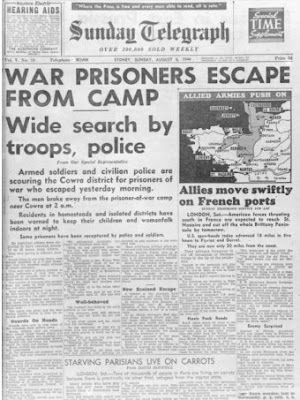 You can read more at the Cowra visitor site.  Adult readers who are curious about this topic might look for this book by Australian author Thomas Keneally. You can find a list of other titles in this article in The Conversation. 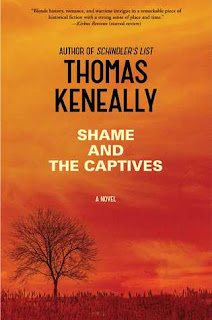