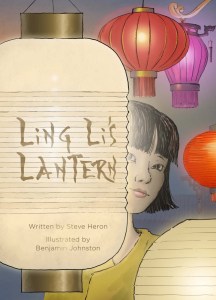 “Darkness cannot drive out darkness, only light can do that.”

The wise man of the village has three children. He wants them to be good, kind and honest "but above all he wanted them to obtain wisdom."  Da Zhi sets his children a challenge. He takes them to the three pagodas and gives them each a small sum of money:

"With these coins, your task is to fill the emptiness of one of these pagodas with anything. You only have one day. Spend wisely."

The third child is Ling Li. She walks into the village where she sees a young boy sobbing because the eggs he was taking home have been dropped and all of them are broken. Ling Li takes his hand and back in the market she buys another basket of eggs for the boy. She continues to wander through the market where she sees a little girl who is lost and hungry. Ling Li buys the little girl some bamboo rice and then helps the child to find her mother. Next Ling Li sees a magician performing for the crowd. No one gives him any money - his bowl is empty so Ling Li gives him a few coins to thank him for his entertainment. Then Ling Li sees an old lady selling necklaces. After talking Ling Li with her discovers the lady has not sold any of her work today.

"Ling Li placed a coin in her hand. ... Ling Li had bought a smile to everyone she met that day."

But what of the task set by her father? Ling Li only has two coins left and night is falling. She sees a lantern seller. Since it is the end of the day he agrees to sell her a lantern for her last two coins. She arrives home feeling that she has disappointed her father:

When I start a post about a book I like to research the author and illustrator. I had not heard of Steve Heron or Benjamin Johnston but here are some things I discovered:

While the theme of this story may be familiar, it’s refreshing to read this modern interpretation which demonstrates that some values are timeless and universal. The Bottom Shelf

This beautiful story, reading like a fable telling us of the true nature of wisdom, the things learnt from the tale reflect Ling Li's traits; compassion, sharing, empathy, and these outshine those of her brothers only interested in making a sound investment. Read Plus

Like many of the best picture books, this is a deceptively simple tale, with a timely message of kindness. Charming Language

I found this extensive list of Chinese folktales many of which you are sure to find in a library. I would link Ling Li's Lantern with these books: 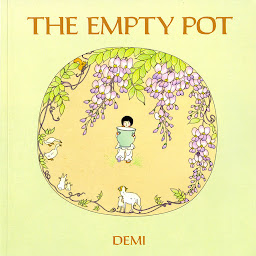 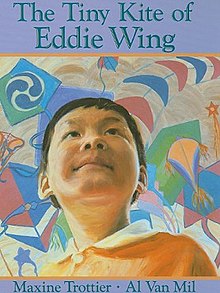