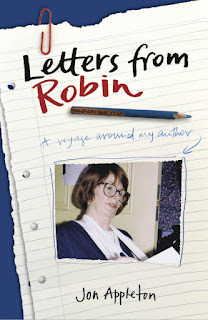 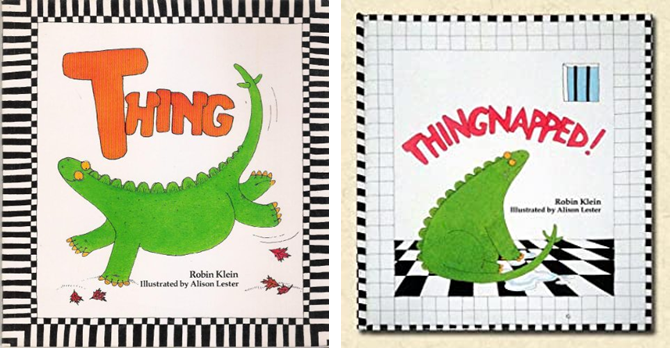 Robin Klein wrote more than fifty books for children but this book, Letters from Robin, is about so much more. It is the journey of a young school boy who wanted to know, really know, the authors of books that touched his heart when he was a young teen. Jon wrote letters to his favourite authors (we didn't have the tech back then so he wrote letters with pen and paper) and many of the authors replied including Robin Klein. Jon kept writing to Robin and luckily he kept all her replies and so here he is able to share his personal reading journey and correspondence in his nostalgic book. When he was locked away during 2020 Jon decided to revisit his favourite Robin Klein books. This links with a conversation he had once had with another famous Australian author. Many years ago Nadia Wheatley suggested Jon should write a book about his teen connection with so many of our famous Australian authors and hence Letters from Robin emerged. Jon Appleton has made a very comprehensive web site to supplement his book.

During the 1980s when Jonathan was making his discoveries of Australian children's books I was just starting out as a Teacher-Librarian in New South Wales. In his book, Letters from Robin, Jon shares so many books that I also loved and warmly remember sharing with students in my school libraries. I think I smiled through the whole book - nodding and remembering terrific books (many by other authors). The style of this book is rather like a conversation. Jon chats with his readers about various book themes and then he interrupts himself with side journeys into other books - his responses and observations. I have a wonderful personal connection too because as all of this was happening Jon was producing a magazine with help from his Teacher-Librarian and she is a friend of mine. His magazine was called Rippa Reading and my friend sent copies of each issue to my remote rural school. There were 52 issues of Rippa Reading in all, published between 1986 and 1995.

Here is a guest post by Jon Appleton for Kids' Book Review.

You should also look for the article by Jon in Magpies Magazine volume 37, no. 1 which also has a book review by Dr Robin Morrow. She says his book sent her "scurrying back to reread Robin Klein's books" - me too! I think I will begin with Games the memory of which still haunts me.

Here is a splendid interview with Joy Lawn on her blog Paperbark Words.

Many of Robin's stories were first published in the New South Wales School magazine. We are so fortunate to have this splendid resource here in NSW.

Do you read dedications in books? I do. Jon dedicates his book to Cassandra Golds. Read my reviews of her books - Clair de Lune; The Museum of Mary Child; and The Three loves of Persimmon. I have now discovered why after reading Jon's interview with Joy Lawn.

I was sent this book as a complimentary copy by Jon (through Booktopia where you can see a video of Jon). When it arrived I read the whole book in one sitting. Thanks also to The National Centre for Australian Children's Literature who connected me (and this blog) with Jon.

In this post I will focus on Robin's books for younger children in Primary School. Her Young Adult novels were splendid but on my own reading journey I mostly encountered her books for readers aged 5-12.

Apart from Hating Alison Ashley I think the Penny Pollard series were probably the most popular series in my Primary School library. Over time the covers and format changed:

One book by Robin Klein that is still in print is Boss of the Pool and by coincidence I was chatting with a senior primary teacher who had just read this book to her class. I was amazed this teacher had only just discovered this book which was first published in 1986. There have been so many cover designs:

I have talked about some of my favourite books by Robin Klein here on this blog. 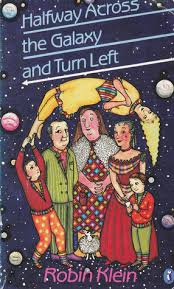 Halfway across the Galaxy and Turn Left 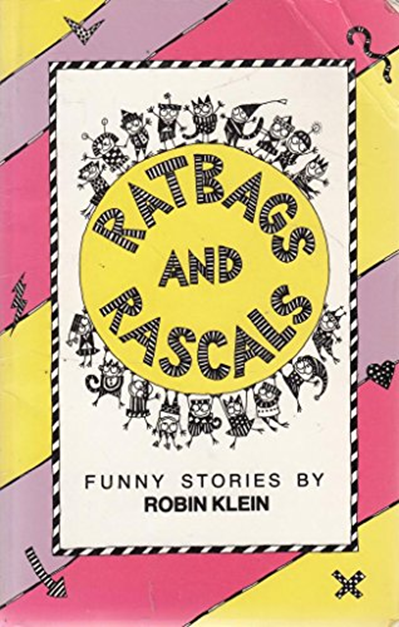 Ratbags and Rascals
This is such a perfect short story anthology. It needs to be reprinted. 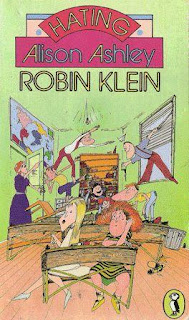 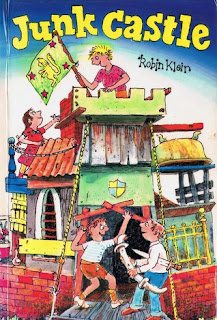 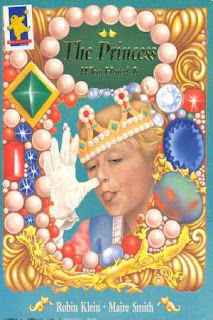 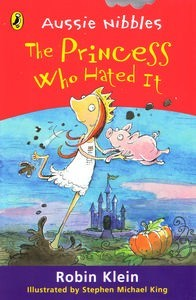 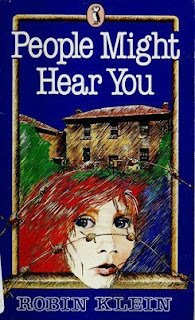 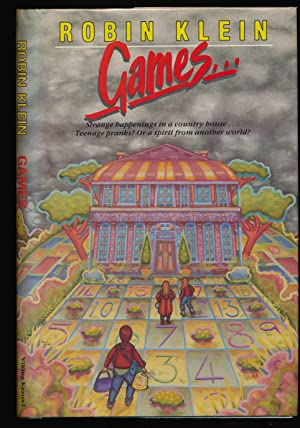 Robin Klein also wrote some terrific poetry. Try to find Beetle Soup.  I also had these two collections in my previous school: 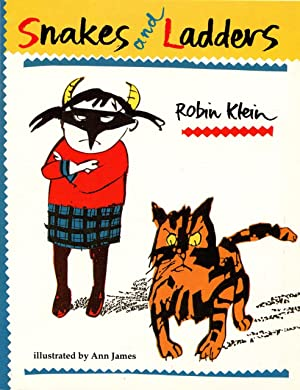 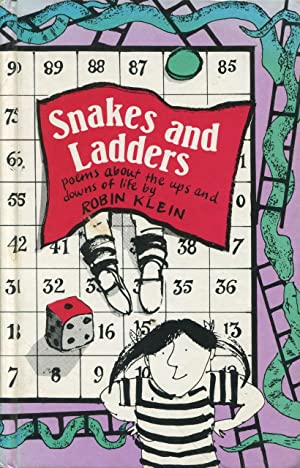 And Robin wrote some terrific picture books and large format junior novels (I used to read many of these to my library groups): 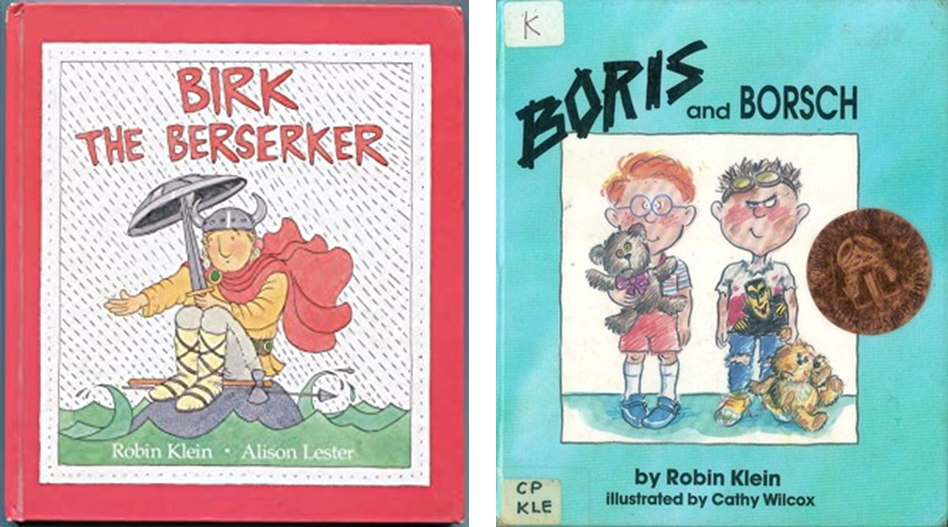 There was another book with letters to Robin Klein written in 1988. I don't remember seeing this book but Jon talks about it quite extensively: 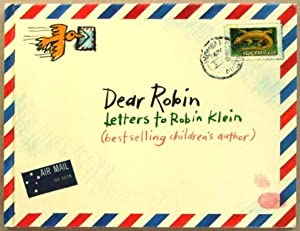 Researching this post I discovered some books I Robin Klein that I had never seen: 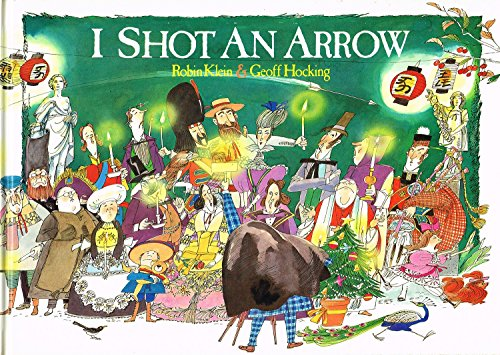 This one is illustrated by Geoff Hocking 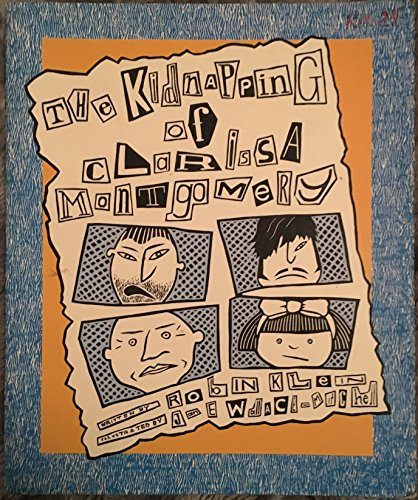 This is one of the stories from Ratbags and Rascals - I was amazed to discover it had been made
into a stand alone book published in 1988. Perhaps it was part of a 'Reading scheme'.

Robin wrote a book for the After Dark series.  I do wish these books were still in print. They were written and illustrated by the most talented book creators in Australia and all of them are simply perfect for reluctant senior Primary readers and they also work really well as read aloud books. My personal favourite is The Playground by Shaun Tan.  This one - The Goddess is illustrated by Anne Spudvilas. 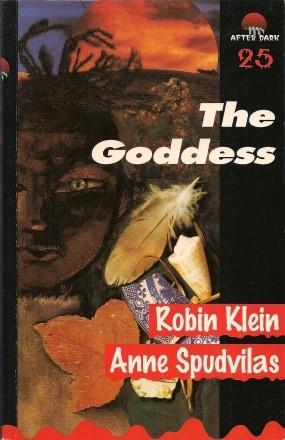 Here is the cover of Hating Alison Ashley in Spanish: 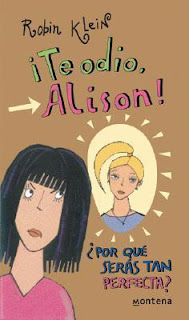 Did you know Robin and the illustrator Alison Lester made four tiny spin off books from Thing and Thingnapped - called Thinglets? My lucky friend, who by coincidence works in the junior library of Jon's old school,  has a set of these in her library. 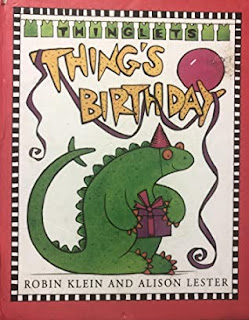 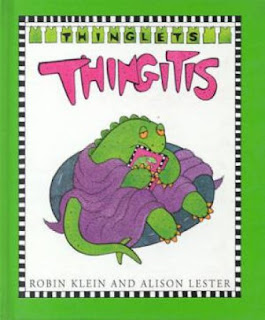