Each story, lovingly crafted, shows a different facet of war in the same way that each artifact reflects something different about the time. Kirkus Star review 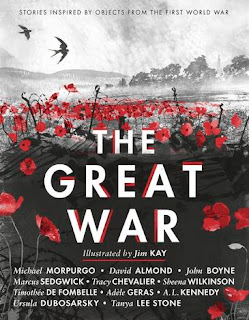 This is a brilliant anthology of short stories about World War One penned by a range of talented authors from around the world such as Michael Morpurgo, Ursula Dubosarsky, Adele Geras, David Almond and Timothee de Frombelle. Every story has a different tone and perspective. All of the writing is outstanding.

I discovered this book when I read Captain Rosalie. Reading the publication details I saw a mention of this book - The Great War. A few weeks ago I purchased a copy and each day I have been reading one story from this collection of eleven.

The objects are fascinating.  I would like to know if the authors were given and object, if they had a choice of object of if perhaps each author 'found' an object themselves.

Apart from Captain Rosalie, which is my favourite short story from this collection, there were two stories that affected me deeply. The first is When they were Needed Most by Tracy Chevalier. Jack's mum is working to packing the tins which are Christmas presents from Princess Mary to soldiers on the front lines.

"Jack's mum prised opened the tin and removed a small envelope which she set on the table. Underneath, side by side and snug in the space, were two bright yellow packets: one of cigarettes, one of loose tobacco." There is also a small pencil and a card in the tin. When this tin is sent away one cigarette is missing.

You could link this story with Present from the Past. 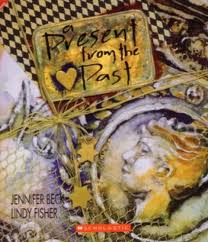 The other story I enjoyed was Maud's Story by Adele Geras. I had no knowledge of  war time butter dishes which were made to encourage people to be economical with food. Propaganda on a dish! 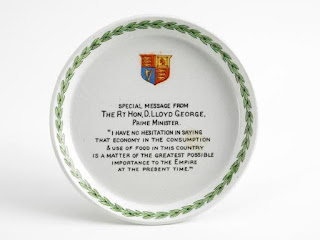 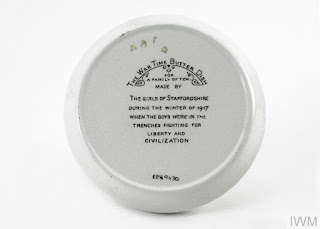 You can listen to part of the second story Another Kind of Missing by AL Kennedy. Here is a video review by a US High School History Teacher. The illustrations in The Great War by Jim Kay are perfect. Take a look here for an example.

Kirkus Star review - Extraordinary
The Historical Novel Society - The stories are very diverse in scope, tone and treatment.
Kids Reads - This unique anthology provides young readers with a personal window into the Great War and the people affected by it, and serves as an invaluable resource for families and teachers alike.

This book would make an excellent (even essential) addition to a High School library or as a gift to a mature Primary school student with an interest in history and war. Stories from the Great War is published by Walker books. Paperback and Hardcover editions are available.
Here is hardback cover : 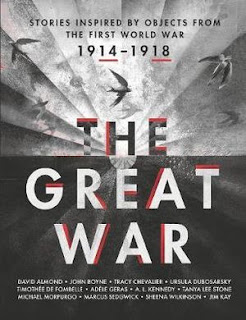