The Night Diary by Veera Hiranandani 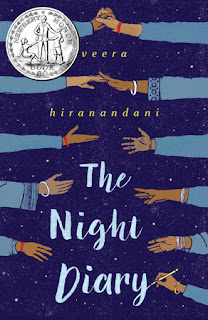 The year is 1947. Major political events are unfolding in India. This is called The Partition - The dividing of India into two countries - India and Pakistan.  Our story here is told through the eyes of Nisha. With her twin brother Amil, their father and grandmother they are forced to flee their home because as Hindus it is too dangerous for the family to stay in Pakistan. The drawing of a border line on a map has an almost unfathomable impact on all their lives.

The Night Diary is written as a diary by Nisha. She writes each night to her precious mother, who died just after the twins were born. Her diary is deeply personal and this is a powerful device which allows readers (like me) who may know nothing about these tumultuous times to gain small insights into both this historical period and into the effect on one family.

Nisha longs to ask her doctor father questions but she finds talking very hard. Without much explanation Papa tells the children they are leaving their home. The other member of their family is the cook - a man named Kazi. He and Nisha have a beautiful relationship. He has been a part of this family all their lives but Kazi is Muslim and so he must stay behind.

"So as of today, the ground I'm standing on is not India anymore. And Kazi is supposed to live in one place and we're supposed to leave and find a new home. Is there a Muslim girl sitting in her house right now who has to leave her home and go to a new country that's not even called India? Does she feel confused and scared, too?"

Adding to Nisha's confusion her mother was also Muslim. Naturally Nisha feels she and Amil can follow both religions but of course society makes no concessions to this situation.

Here is an abbreviated conversation between Nisha, Amil and a young Muslim girl who lives next door to their uncle Rashid.

"So you're not supposed to like us,' Amil said"
"And you're not supposed to like me because I'm Muslim,' Hafa said."
"But it's so strange,' I said. I couldn't explain the aching I felt in my stomach when I watched her, like all I had ever wanted was to be friends with this girl."
"All my friends left the village. They were Hindu and Sikh,' she said, glancing down again."


Here are some reviews with more plot details:

I wonder if The Night Diary is available for young readers in India and Pakistan? I certainly hope it is.

The food references in The Night Diary sound delicious and luckily there is a comprehensive glossary so you can read about dishes such these desserts -  kheer (a sweet pudding), gulab Jamun (deep fried milk powder with rosewater syrup) and rasmalai (soft cheese patties).

Here is a set of discussion questions you could use for a book club. Here is a video where the author talks about her process of writing this book. Along with the video you can also see quotes from a range of reviews written about this powerful story. You can read an interview with Mr Schu. Penguin have produced a very comprehensive set of teachers notes. You can listen to the first pages of the book here.  I purchased this book at a recent book sale so when it was announced as a Newbery honor book I was delighted. I had no idea it was even in contention. I picked this book because I do enjoy reading about events in recent world history and the cover and blurb looked interesting.

A huge topic perhaps for another day - what age would enjoy this book?  Reviewers can't seem to agree. Penguin say 8-12, Kirkus say 11+, The School Library Journal say Grades 5-8.  For me, I think this book would appeal to mature and sensitive readers aged 10+.

Thanks go to Ms Yingling for her list of other titles on the topic of the partition of India. Here are two that would suit readers aged 10+ who enjoy The Night Diary. 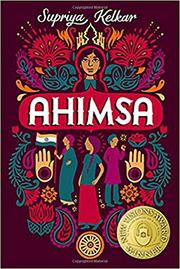 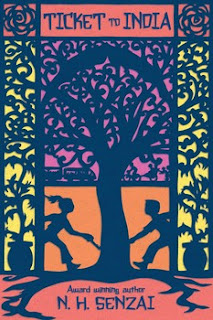 On the ground during Partition, there was incredible inter-communal violence and mass deportations and huge movements of peoples, probably the biggest in history. The United Nations High Commissioner for Refugees estimates that 14 million Hindus, Sikhs and Muslims were displaced during the division of India, which makes it the largest mass migration in human history.
Source: https://www.historyhit.com/why-did-the-partition-of-india-happen/

I would follow The Night Diary with Shooting Kabul also by NH Senzai, A Long Walk to Water by Linda Sue Park and The Red Pencil by Andrea Davis Pinkney.
Posted by Momo at 7:55 PM