I think the story of Zeraffa (Zefara), the giraffe that was taken to France in 1824, would be a good way to explore the 2020 CBCA slogan.  In 1824 giraffes were certainly very curious creatures. Actually I think they are still quite curious and delightful. Wild minds - the people of Paris went wild when Zeraffa arrived.

Giraffes became THE fashion from clothes to hair styles, ceramics to wallpaper. There were even ice creams and a new colour name 'giraffe' which later we would call cafe au lait. Here is an example of the wallpaper showing how "wild" the people were for this new creature and fashion. 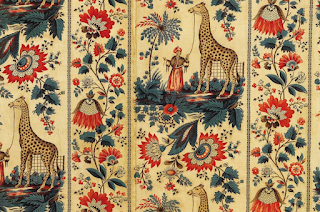 I have read two books about Zeraffa - Zeraffa Giraffa by Dianne Hofmeyr illustrated by Jane Ray and A Giraffe for France by Leith Hillard illustrated by Sophie Blackall. 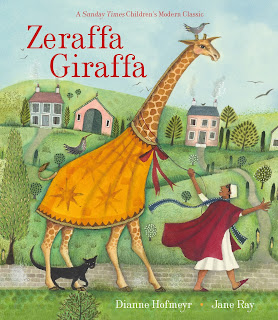 Blurb: In 1824 the Pasha of Egypt gave a baby giraffe to the King of France. Along with her keeper, Atir, Zeraffa Giraffa travelled over 4000 miles, sailing down the Nile, across the Mediterranean and then walking 550 miles from Marseilles to Paris. Zeraffa arrived in 1827, the first giraffe ever seen in France. All Paris fell in love with her. Gardeners clipped giraffe hedges; ladies twisted their hair into styles à la Girafe; dogs wore spotted jackets.  BookTrust 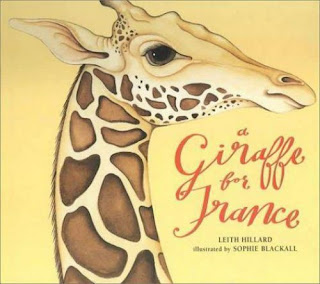 Blurb: The true story of how the first giraffe came to France in 1826 and the remarkable effect that the animal had on French society at the time. It tells of her capture at an oasis near the River Nile, the voyage across the Mediterranean and the amazing walk from Marseilles to Paris. 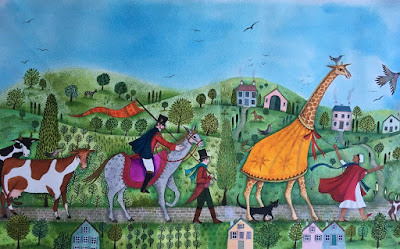 Zeraffa means charming or lovely one. Zeraffa was a gift from the ruler of Egypt (Muhammad Ali) to the King of France (Charles X). She was captured in Sudan. She walked the final 550 miles from Marseilles to Paris. The whole journey took two and half years. By the time she arrived in Paris she was four metres tall and she was the first giraffe ever seen in France.

Here is the trailer for the 2012 Animated film about Zarafa. 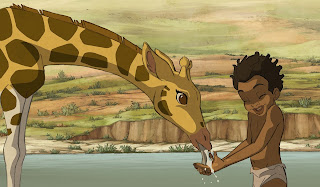 I have not seen these three books but they might be useful additions when you explore this topic: 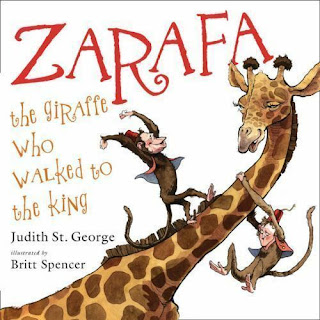 Here is a video of this book. 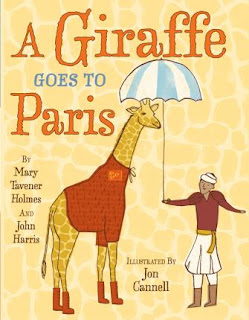 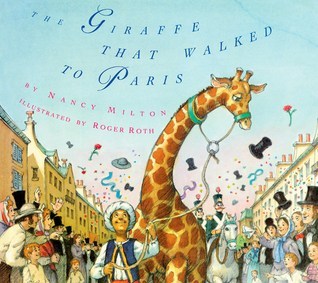 I also found some work displayed in a classroom: 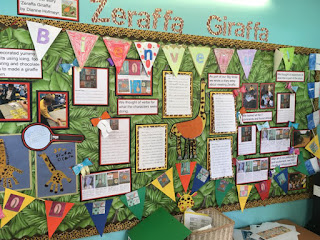 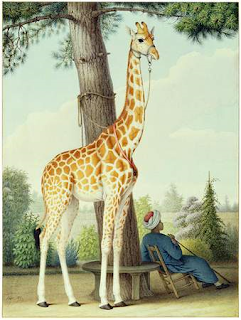